Last week, we heard all about Jesus giving his disciples a really, really big job!  They had to tell the whole world about Him!  But he promised to be with them, always.  And he promised to send them a helper.  Today, we're going to hear about what happened when that helper arrived.  Watch the video:

Today's Bible passage comes from Acts 2: 1-12.  The Good News Translation is below, or you can use a different translation if you like.

When the day of Pentecost came, all the believers were gathered together in one place. Suddenly there was a noise from the sky which sounded like a strong wind blowing, and it filled the whole house where they were sitting. Then they saw what looked like tongues of fire which spread out and touched each person there. They were all filled with the Holy Spirit and began to talk in other languages, as the Spirit enabled them to speak.

There were Jews living in Jerusalem, religious people who had come from every country in the world. When they heard this noise, a large crowd gathered. They were all excited, because all of them heard the believers talking in their own languages. In amazement and wonder they exclaimed, “These people who are talking like this are Galileans! How is it, then, that all of us hear them speaking in our own native languages? We are from Parthia, Media, and Elam; from Mesopotamia, Judea, and Cappadocia; from Pontus and Asia, from Phrygia and Pamphylia, from Egypt and the regions of Libya near Cyrene. Some of us are from Rome, both Jews and Gentiles converted to Judaism, and some of us are from Crete and Arabia—yet all of us hear them speaking in our own languages about the great things that God has done!” Amazed and confused, they kept asking each other, “What does this mean?”

Create a Pentecost Pinwheel.  Save the image below and print it out, or just use it as inspiration to make your own on a blank sheet of paper.  Follow the instructions!  Draw images of flames on the 'sails' to make your pinwheel symbolise both the wind and the fire that were signs of the coming of the Holy Spirit.  If you have a pipe cleaner to hand, assemble it according to the instructions in the image.  Alternatively, you could use a pin to pin the centre of the pinwheel through a straw, and use a small ball of blu-tac to both fix it in place and cover the sharp point of the pin.  You could even use a small paper clip instead, once you've pierced a hole in the pinwheel and straw.  It's your house, and your craft - so do it however you like! 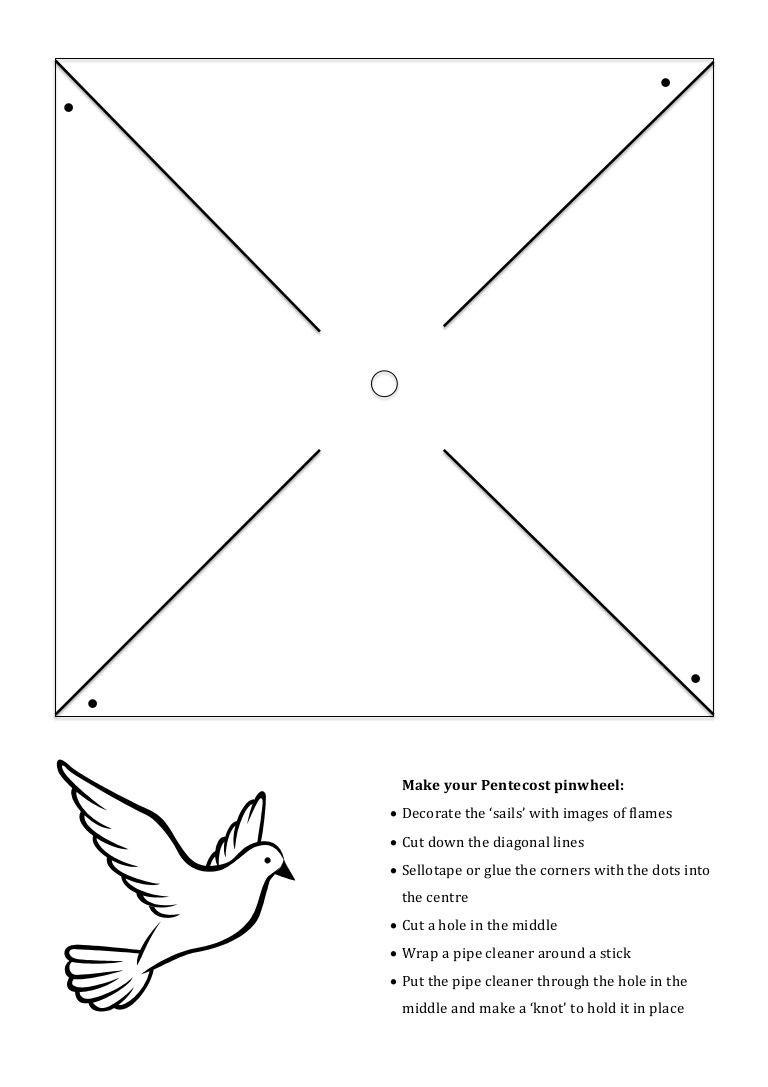 Print (or draw your own) and cut out the fish in the image below (in fact, the fish is irrelevant to the game - and today's story!  So it can be whatever shape you want, but the fish will look fun!).  Then get a newspaper, or magazine, or thin book (really anything you can use as a fan), and have a race!  Fan the newspaper (or alternative fan!) at the fish (or alternative!) and see who can get their fish to flap across the room fastest.  Marvel at the power of the wind! 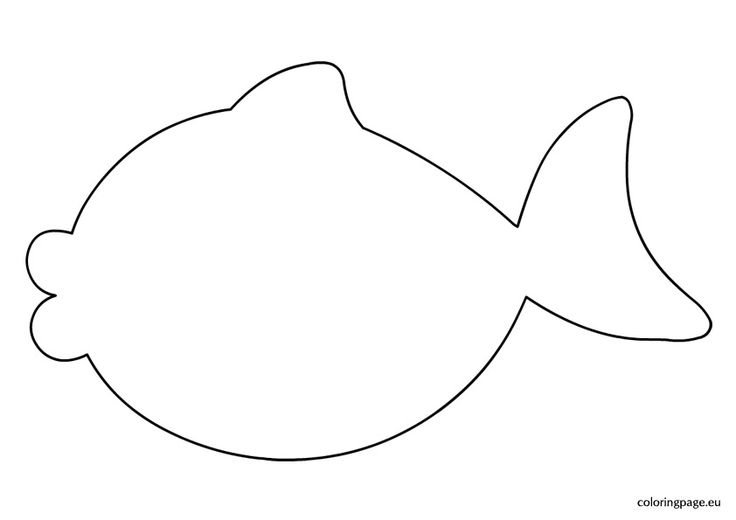 Dear God, we thank you for the Holy Spirit.  Thank you that you don't just leave us to it, but that you gave us the Holy Spirit as our helper - to live in us and work through us, making us more like Jesus, and helping us to tell others about Him.